For the past couple of weeks now, I have been inhaling nothing but second-hand sandblasting sand, whatever 45 year old garbage has been packed onto the parts I have been cleaning up, brake cleaner and paint fumes. It’s been great. If nothing else, this is all the smell of progress. The restoration is still on track and I have been trying to pour as much time and money into it as possible. I’m happy with my progress, the learning curve and the results that I have achieved so far. I wasn’t really expecting everything to come out as nice as it has, especially with paint which is something that I have always struggled with. I can’t remember the last time that I got a single run or sag in any of my paintwork, whether it be a spray bomb or a paint gun. I’m learning and the assembled result is awesome. Also, I have noticed my picture quality is lacking… I’m just taking these photos with my cell phone so I apologize, I’m actually in the market for a DSLR for the near future. 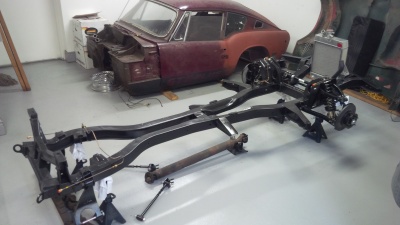 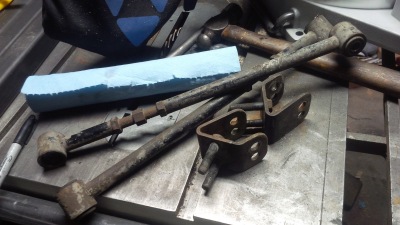 Rear Radius Arms – Not Bad for a $75 Mastercraft Paint Gun

I’ve also started learning the value in scratching each others backs, having recently sandblasted a Honda valve cover in exchange for some tig work on my aluminum rad which is another skill I really need to start developing as well. The goal with the rad is to weld tabs onto the backside to allow for a bolt on Mishimoto 12″ pull-through fan. I could mount a fan on the front-side of the radiator but I don’t want to lose any surface area, I want it to be as efficient as possible. I will be pairing the fan with a universal probed fan controller, having a thermostat read the coolant temperature and allowing the fan to turn on at a given temperature. I’m really looking forward to setting this up. 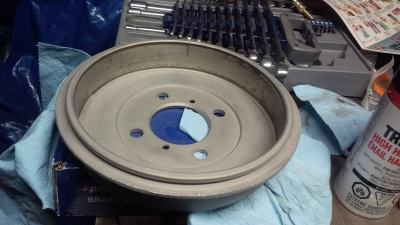 So what has been going on recently… I am focusing on the rear end of the car. Another corner of the car has been pulled apart and fully cleaned up. I still can’t get over the condition of this entire project, the backing plates for the rear drums are stamped with a serial number, the plate looks like it was stamped yesterday. There’s no pitting, no missing material, it’s all still there. I’ve been to Canadian Tire a ton recently, picking up paints, vacuum filters, grease, tools, literally something new every day to get this done nicely. I recently refinished my rear radius arms, once again painted with the infamous epoxy primer. I set the paint gun up perfectly this time and the result still makes me smile. Polyurethane bushings were installed with a new type of grease I figured I would try. While the real test will be down the road, everything came together nicely with it; Mobil 1 fully synthetic grease. It’s red… Weird. 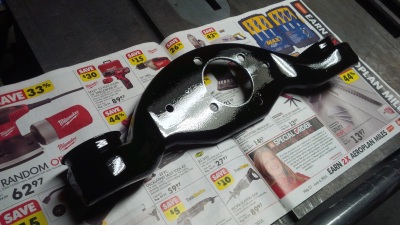 Once again a huge thank you to the previous owner of this car, who poured a ton of money into an entire rear drum brake rebuild for this. I literally haven’t had to spend a dime on any of the brakes. With that being said, I have put another order into SpitBits for a bunch of loose end finishers. A brake rebuild kit is on its way for the one caliper that is off of an MK-I, the new carrier bearings for the differential that is out of an MK-III, rear wheel bearing kits, some missing hardware, another polyurethane sway bar kit for the sway bar that is out of an MK-III. It’s slightly annoying that this car is so pieced together with different model years, however I did seem to get all of the good stuff. The front sway bar for example is quite a bit thicker than the MK-II/+ counterpart.

Rear Shoes – Everything is Still Immaculate

Once the order comes in, I will be tying up lots of unfinished projects. I will be meeting another halt soon though, the rear end needs to be put back together with the rear drive-shafts which I don’t have the money for right now. Another grand out of my pocket for a proper CV drive-shaft conversion kit. It’ll be worth it. What I am going to do for now is use the drive-shaft halves off of the original Rotoflex suspension to get everything mounted on the frame and just replace them when I have some more cash on hand. 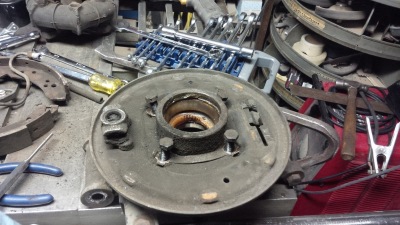 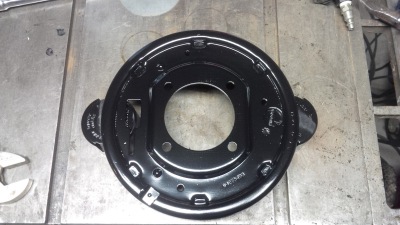 In about a month, everything that I have been working on recently will be reassembled back on the frame. I’ll finally be able to get some weight into the rear of the frame, so the front isn’t going to want to tip off of the axle stands anymore. The rear leaf has been wire-wheeled and partially painted so that should be good to go by the weeks end.

This whole car has really started to become something bigger than just a car to me. It’s hard to explain… Late hours, no sleep, fueled by coffee, constantly filthy after work, blowing black out my nose, sore muscles, cuts, bruises, blood, anger, frustration, excitement, happiness, literally devoting everything that I am to this. Its truly amazing to see how your hard work, determination, patience, skill (or lack of) and most importantly passion pays off. I’ll never stop trying as hard as possible to achieve this goal. 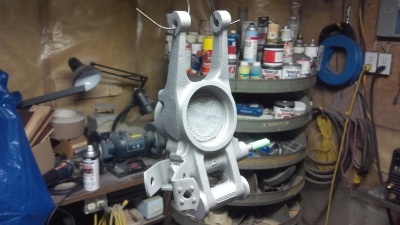 Rear Cast Upright – Fresh out of the Sandblaster 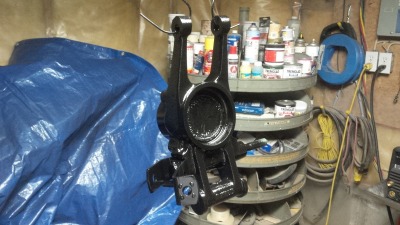 It’s going to be busy for a long while still… Is it all worth it? 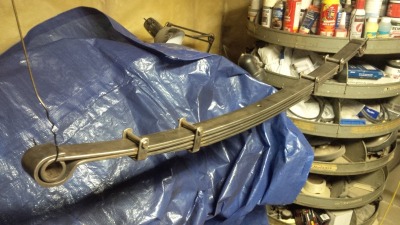