Skip to content
I’ve spent whatever time I have dedicated this week on the Triumph to putting my frame back together. My solution is simple, take a 2″ x 2″ piece of angle steel, tig weld end caps onto it and weld it back into place. For once, I’m actually decently pleased with my tig welding. Unfortunately for me I ran out of argon so it ended my work prematurely. 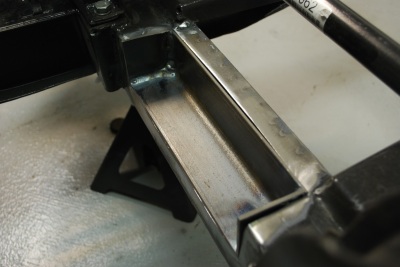 Things lately have been seeming to work against me in every way possible. I’m having severe difficulty acquiring my new daily driver due to a slew of dealership issues – I’ll provide an update on that one when the whole situation has cooled down a little.

On top of that, finding parts has been frustrating to say the least. I’m looking to acquire a Miata driveshaft for a decent price and I haven’t been coming up with much luck. They’re not worth a lot, so I refuse to pay the premium that Logel’s is selling them for.

In addition, the body shop that I wanted to paint the car is not interested in taking on the project which is a shame. I’ve been to several body shops in the area and they have all sucked. After seeing the work they did on Matthew’s vehicle, I was extremely impressed and thought I had finally found a place that I can trust with my car. After sending an email and not receiving a reply, I just went in and asked. I was told that they read the email but already have enough projects for the year which is why they never got back to me. I was complimented on the work that I have done so far on the car, so I do have them to thank for that. Looks like I’m on the hunt again.

None of this would matter, unless you happen to stumble on a date for an awesome automotive adventure coming up late this year. I’ve been following Classic Car Adventures for some time now and if you have never heard of it I highly suggest you have a peek. Basically, cars that are from 1979 and older are eligible to participate in a weekend of touring and events. It’s pretty much an unscored rally from my understanding.

So in saying that, everything that I mentioned above is now a higher level of concern. It’s not the end of the world if I miss the event but it’s nice to set a realistic date to have a goal to work towards. We’ll see if I can pull it off. 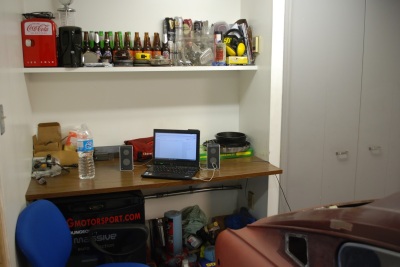 For the time being, the shop is now squeaky clean and organized. All of my measurements for the new section of frame that was welded in were spot on and everything that is in my own control has been progressing with minimal roadblocks.
If you’re (Tri-City area, Ontario) and are interested in getting some business for painting a car, shoot me a message and we will have a chat. Due to the time it takes for prep and paint work, I’d like to line up something sooner than later to ensure that someone will be able to accept the car when it is ready.
– Sean